What is a budget impact anaylsis?

Pressure on healthcare insurers to fund the best available care while keeping within budgetary constraints has made budget impact analysis (BIA) an increasingly important part of any application for getting new drugs or medical devices reimbursed. BIAs are, in fact, required for reimbursement approval in many countries, including Canada, France, and the UK.

A BIA estimates at the population level what it would cost to fund a new drug or technology. For example, the UK National Health Service or a private health insurer may want to know what reimbursing a new cancer drug will mean for its budget. In other words, a BIA assesses the affordability of a new drug or technology. In this way, a BIA can be essential for budget planning in healthcare, where profit margins can be tight, and budgets may be inflexible because of political or socioeconomic constraints. 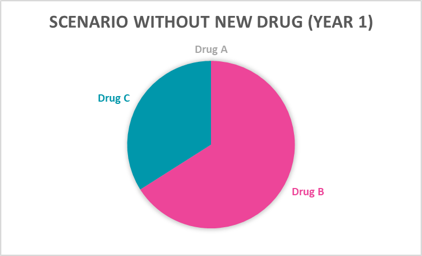 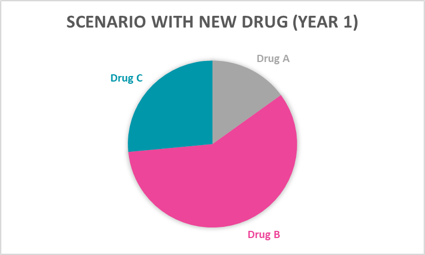 For each scenario, the budget impact model considers the population size, patient eligibility, market share, speed of uptake, and direct costs of the new and existing interventions (Figure 2). The model may also consider the costs of any downstream health effects, such as adverse events, changes in hospital admissions or visits to specialists, and impact on healthcare resource use.

Figure 2. A budget impact model. This example includes only direct costs of the drug or technology. 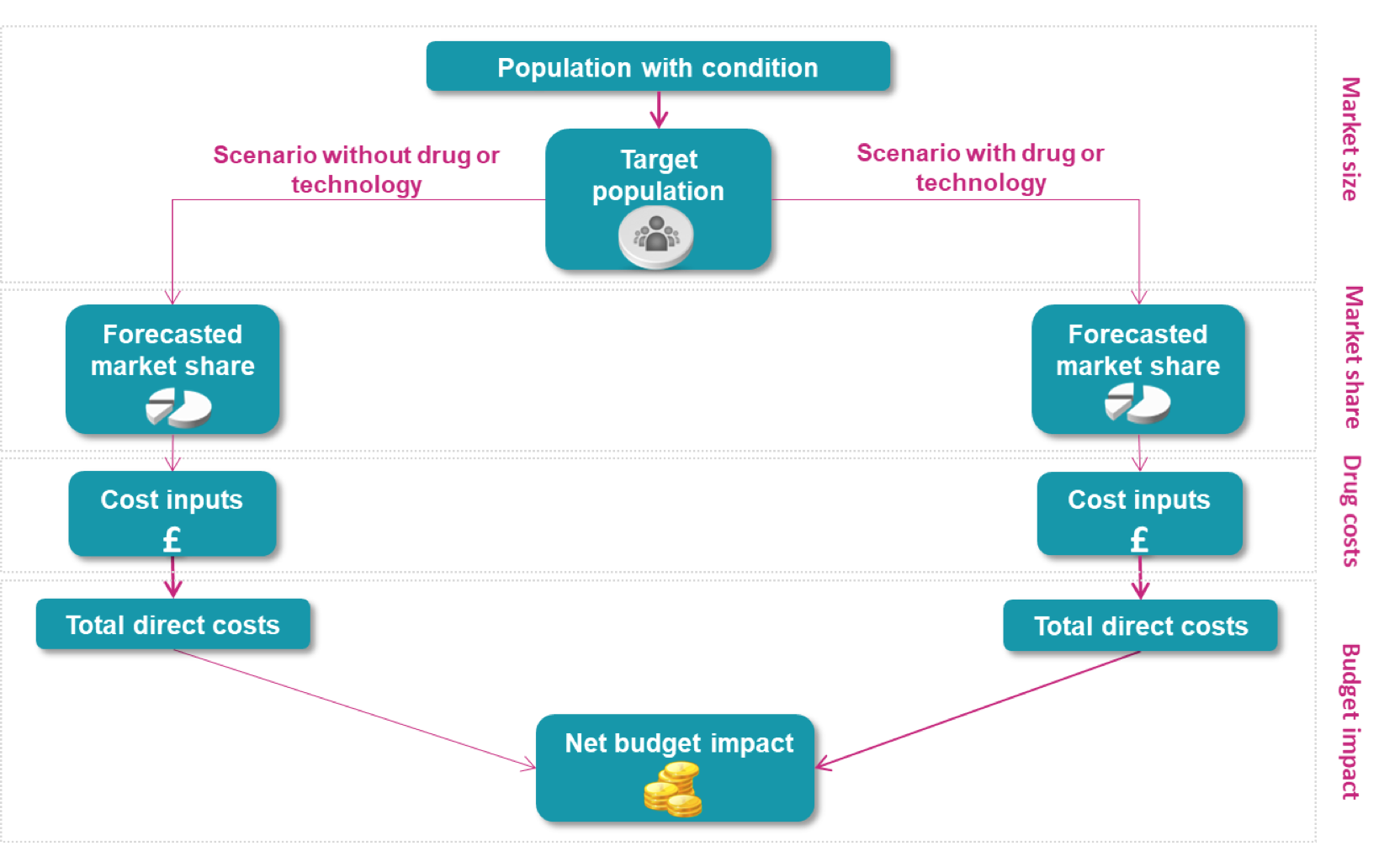 Drug B and C are the current interventions for the disease of interest. Drug A is the new intervention. The table below details the cost of each intervention and the total cost for each scenario during Year 1.

When developing a budget impact model, analysts aim to keep all its elements as simple as possible so that the client, the Health Technology Assessment agency, payers, and other stakeholders can understand it. However, keeping things simple is not always so simple: models may need to consider the cost implications when patients discontinue treatment or die. Models may also need to account for rebates, co-pays, deductibles, wholesaler mark-ups, and dispensing fees. Thus, modelling budget impact in a BIA means following Einstein’s advice to make things “as simple as possible, but no simpler.”

Cost-effectiveness analyses are the most common and well-known type of health economic evaluation. These analyses compare the costs and benefits of a medicine, or device, with alternative treatments to assess value for money. BIA and cost-effectiveness analysis involve many of the same methods and types of data. However, the two types of analysis differ in how they build relevant data into a final model (Table 2).

Symmetron has collaborated with a diverse portfolio of clients to prepare BIAs for markets in the USA, France, Canada, and the UK. We build BIMs de novo as well as adapt global BIMs for use in specific countries. Two examples of BIAs where we played a prominent role are:

If you want to partner with us to prepare a BIA or simply wish to find out more about our work on BIAs and cost-effectiveness analyses, please contact us.

If you would like to know more about BIAs, we recommend the following resources:

What's the longest time you left a health economic model running to complete a probabilistic analysis of 1,000 simulations? One of our senior health economists won our internal competition with a...
Read More

Designed to help healthcare stakeholders identify more urgent health needs, the concept of “unmet medical need” is being increasingly applied formally and informally to set priorities during the...
Read More

What is qualitative evidence synthesis?

Evidence synthesis aggregates all relevant information on a specific topic in order to draw well-informed, evidence-based decisions. It is an essential activity in recommending, providing and...
Read More